Why Is HTTPS Important For SEO? 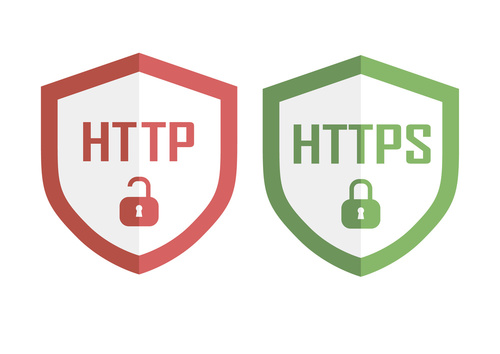 If you use Google’s Chrome browser, you might have encountered a warning page before you attempt to visit a website. The warning basically states that the website is not secure, and it may be dangerous to proceed. You can work around the warning, but the message advises against it.

It looks ominous. Your heart might have skipped a beat. You almost just did something dangerous. The danger, according to Google is visiting an HTTP site rather than an HTTPS site. In an attempt to make the internet a little bit safer, Google is becoming increasingly skeptical of sites that don’t use a secure protocol. If you don’t want to get flagged, you might need to make a few changes.

The Main Differences Between HTTP And HTTPS

When you’re retrieving a webpage, fancy talk for going to a site, the “ http:// “ or “ https:// “ at the beginning of the URL simply states what you’re trying to do. It knows you’re looking for the internet, rather than trying to perform another function like open your browser extensions list internally through “ chrome:// “.

Hypertext Transfer Protocol is your plain old HTTP. The addition of the “S” means secure. They both do the same thing, only HTTP does it with an added layer of protection through something called SSL, or Secure Sockets Layer. SSL authenticates and encrypts the transmission of data, as well as maintaining its integrity. Essentially, HTTPS is the new and improved deluxe version of HTTP.

How Is HTTPS Used?

Back before the majority of the world existed on the internet, HTTPS wasn’t that big of a deal. Now that we exchange a lot of personal information, including credit card data, addresses, and even DNA information via the internet, things have changed. HTTPS secures the transmission of all of this information, rather than letting it float around.

This means that just about every website in the world benefits from using HTTPS over HTTP. People have come to expect it, and they look for the little padlock to show up next to the URL. Nobody is going to want to shop or sign up on a website that doesn’t give the appearance of trust, which is what that little padlock does.

How Do HTTP And HTTPS Stack Up Against Each Other?

Since security standards have increased and Google’s vigilance against unsecured websites has come to a head, not having a secure website can put you at a distinct disadvantage in a number of ways. Google now considers security when ranking websites.

Google’s algorithm is designed to benefit the public. The public doesn’t want to deal with a website that isn’t secure, and Google doesn’t want to send them there. Slowly but surely across a number of years, Google has been burying unsecured websites in favor of their HTTPS counterparts.

Why You Should Switch To HTTPS

Google outright recommends that everyone switch to HTTPS. Since we’re all at Google’s mercy when it comes to maximizing organic search, it’s best not to write their suggestions off. Outside of merely “because Google says so”, there are a number of reasons you should make the switch to HTTPS.

Are you going to enter your credit card information into a website that you were warned might not be safe? Probably not. You can’t expect your visitors to feel any different. HTTPS allows them to trust you a little more. As long as the copy is enough to sell them on your product or service, the secure domain will be enough to encourage them to make a purchase.

HTTPS is not everything you need to improve your ranking, but it certainly helps. You aren’t going to fly from number 15 to number 1, but it’s a crucial part of the strategy to help you get there. Sooner or later, everything Google recommends practically becomes law.

HTTPS comes with the distinct benefits of encrypting communications and making it harder for third parties to intercept anything. Even if you don’t run an e-Commerce website, usernames, email addresses, full names, and passwords can be intercepted much easier when you aren’t using HTTPS.

What Happens After The Switch

Even though it’s the right thing to do, you might temporarily take a little bit of a ding by switching. It’s a URL change and your position might temporarily move until Google re-learns what it needs to know about you. Don’t panic – it will sort itself out in time.

When you’re switching, you need to know a few things. You’ll need to figure out what kind of certificate you need, such as a wildcard, single, or multi-domain certificate. You’ll have to establish and maintain both SSL certificates and a Certificate Signing Request. Implement HTTPS redirects with 301 HTTP redirects, and update your robots.txt files for your new HTTPS site. Once you’re done, check that it was done correctly and retrieve and set up your TLS certificate.

I’m Still Not Sure What I’m Doing

If you aren’t sure how to switch to HTTPS by yourself, let us do it for you. We’ve got the goods and the know-how. Use our contact form or give us a call, and we can help you complete the switch in no-time. You can keep managing your website, and we’ll make everything easier.